In a up to date learn about posted to bioRxiv* preprint server, researchers in the US known a number of potent pan-coronavirus (CoV) inhibitors.

CoVs are single-stranded, positive-sense, enveloped RNA viruses from the Coronaviridae circle of relatives. The viral existence cycle starts with the attachment of a trimeric spike to cells, which is cleaved through furin-like proteases into S1 and S2 subunits. The virus makes use of S1’s receptor-binding area (RBD) for binding to the host mobile receptor, angiotensin-converting enzyme 2 (ACE2).

The spike is uncovered at the viral floor and is the main goal for creating vaccines and neutralizing antibodies (nAbs). Then again, the RBD is much less conserved amongst CoVs. As a result, nAbs towards SARS-CoV poorly cross-react with SARS-CoV-2. Additionally, the RBD harbors many mutations, a few of which lower the efficacy of antibodies and vaccines. Thus, RBD is probably not very best for creating pan-CoV inhibitors. 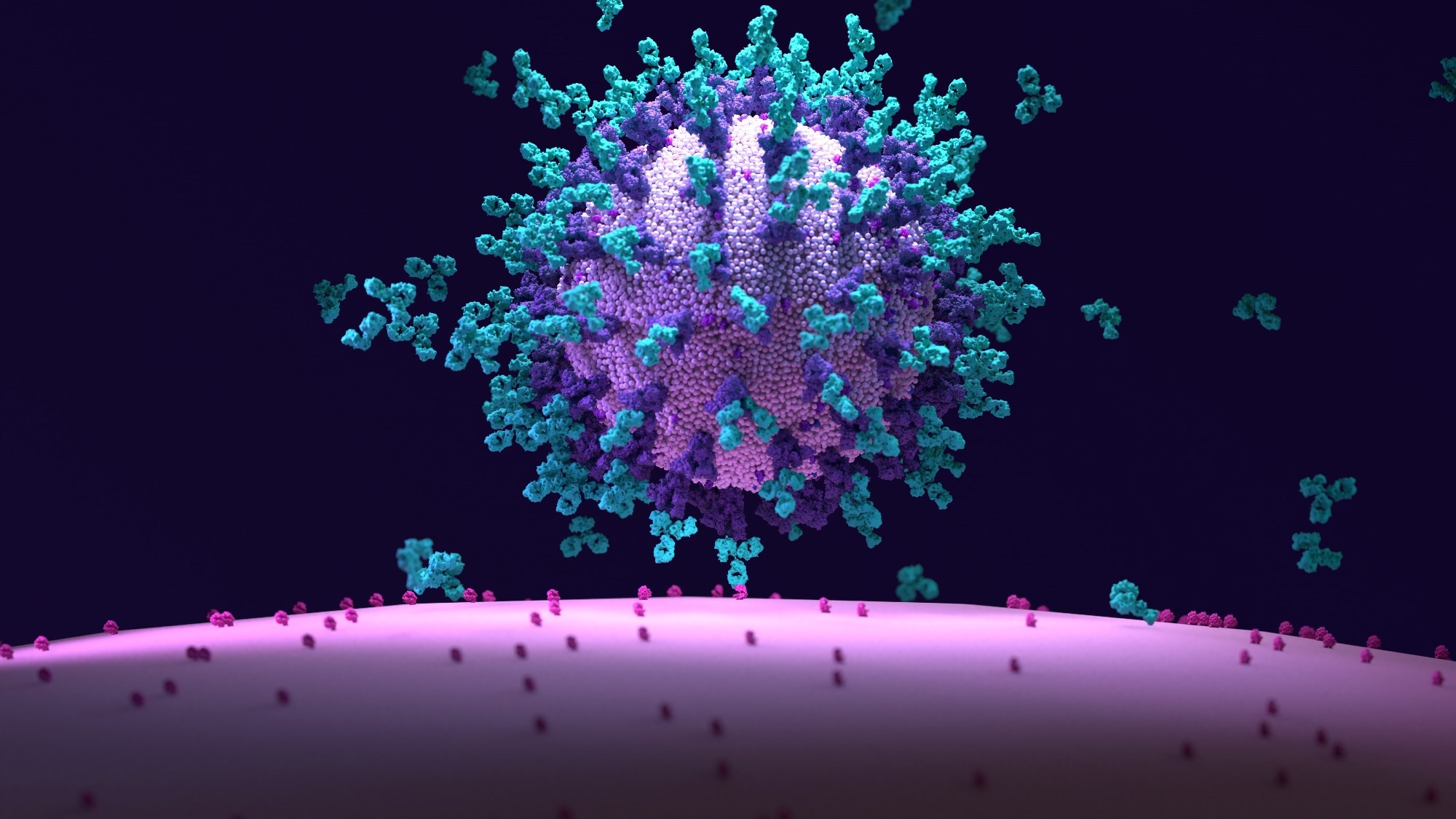 The learn about and findings

The antiviral job of those NBCoVs used to be evaluated in two mobile traces, 293T-ACE2 and A549-AT cells, inflamed with SARS-CoV-2 WA-1 pseudoviruses pre-treated with expanding concentrations of NBCoVs. In parallel, the 50% cytotoxicity focus (CC50) used to be additionally evaluated in each mobile traces. One of the most compounds, NBCoV63, exhibited a half-maximal inhibitory focus IC50 of 80 nM and 55 nM in 293T-ACE2 and A549-AT cells, respectively, and a CC50 of fifty μM in each mobile traces.

NBCoV35 and NBCoV37 exhibited low nanomolar actions in each mobile traces. NBCoV37 used to be extra cytotoxic to 293T-ACE2 cells, whilst NBCoV35 had similar cytotoxicity in each mobile varieties. The antiviral job of NBCoV36 used to be weaker than the opposite 3 molecules. The remainder molecules had no/little anti-CoV job.

NBCoV35 supreme inhibited Omicron BA.4/5 in each mobile traces however used to be weaker towards Gamma. NBCoV37 additionally confirmed antiviral job towards all examined variants, whilst NBCoV36 had decrease job. Additionally, the workforce examined those compounds in Calu-3 cells, permissive to SARS-CoV, MERS-CoV, and SARS-CoV-2. Calu-3 cells had been inflamed with the SARS-CoV-2 WA-1 pressure or the Omicron BA.4/5 variant.

As previous, NBCoV63 retained its very good anti-CoV job towards each, while NBCoVs 35 – 37 had upper IC50 values in Calu-3 cells than in different mobile traces. The NBCoVs had been additionally evaluated for job towards pseudoviruses of SARS-CoV and MERS-CoV. Once more, NBCoV63 used to be essentially the most potent inhibitor towards SARS-CoV and MERS-CoV. NBCoVs (35 – 37) additionally had anti-SARS-CoV job.

Against this, NBCoV35 and NBCoV36 had been much less potent towards MERS-CoV, however NBCoV37 used to be extremely potent. The workforce decided on NBCoV63 according to the effects and examined its job towards are living SARS-CoV-2 Hong Kong (HK) isolate, Delta, and Omicron within the standard plaque-reduction assay. The IC50 values of NBCoV63 had been decrease for the HK isolate and Delta variant however upper towards Omicron than the ones of the regulate compound, remdesivir.

The workforce famous that NBCoV63 additionally blocked SARS-CoV-2-mediated cell-cell fusion, indicating its talent to disrupt SARS-CoV-2 spike-ACE2 binding and cell-cell fusion. The glide-based docking of the prefusion spike with an energetic NBCoV63 or inactive NBCoV66 published salt-bridges/hydrogen bonds between the COOH moiety of NBCoV63 and K947 and K776 residues of the spike.

Those interactions between NBCoV66 and spike had been missing because of the absence of COOH moiety within the inhibitor. Those findings had been validated the use of pseudoviruses with unmarried mutations (K947D, K776D, K947L, or K776L). This published no antiviral job of NBCoV36 and NBCoV37 towards all mutants on the easiest focus examined. Against this, IC50 values of NBCoV63 and NBCoV35 had been greater than 15-fold increased towards mutants relative to wild-type pseudovirus.

In spite of everything, the workforce tested the absorption, distribution, metabolism, and excretion (ADME) profile of NBCoV63, evaluated through an organization, Cyprotex US, LLC. Knowledge prompt that NBCoV63 used to be much less soluble and a low-clearance compound, with a half-life more than 180 mins. It used to be 99.5% plasma protein-bound and extremely tolerant to cytochrome P 450 (CYP)-mediated metabolism.

In sum, the workforce known NBCoV63 as a pan-CoV inhibitor with persistently top efficiency towards SARS-CoV, MERS-CoV, and SARS-CoV-2 and its VOCs. Significantly, it used to be in a similar way as efficient as remdesivir towards the SARS-CoV-2 HK isolate and Delta variant however much less efficient towards the Omicron variant. It additionally inhibited SARS-CoV-2-mediated cell-cell fusion in a dose-dependent means. ADME knowledge published drug-like houses, however its solubility wishes development.

bioRxiv publishes initial medical experiences that don’t seem to be peer-reviewed and, subsequently, will have to now not be considered conclusive, information scientific observe/health-related habits, or handled as established data.